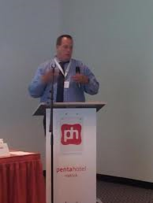 Our firm specializes in helping business owners, management or employees, buyers or sellers, and customers or consumers with all their legal needs, while resolving any disputes that occur.

Union” which was presented at IFTTA's 5th European conference in Rostock, Germany March, 2011.